Why REMChain is moving to EOSIO platform 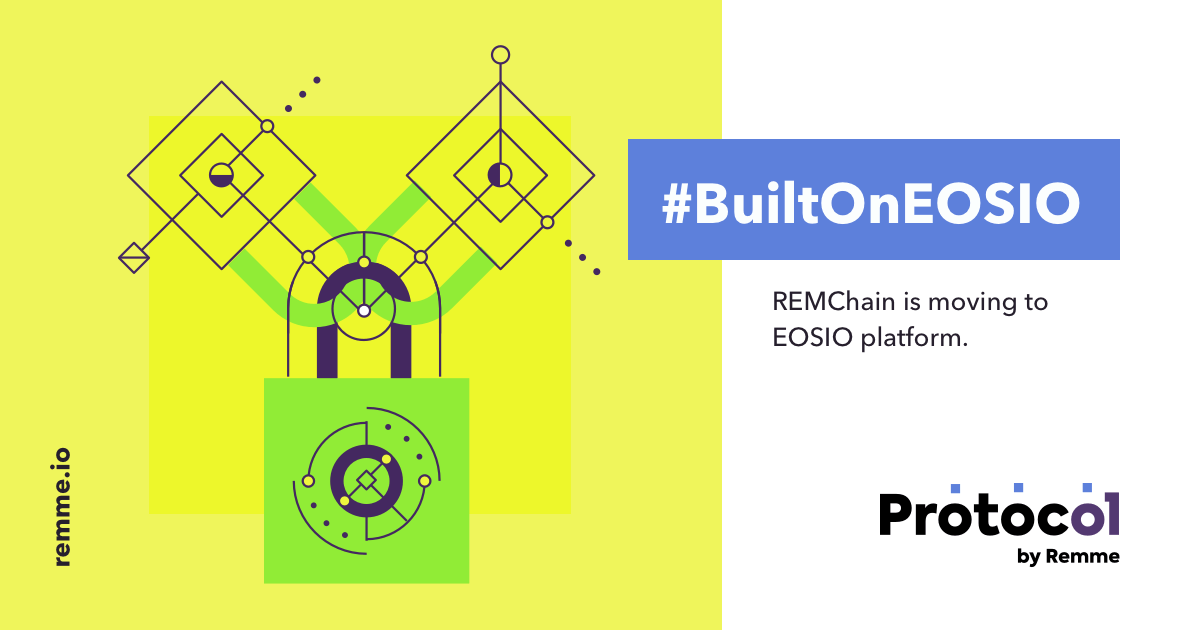 Choosing the right blockchain platform is essential for every crypto project. It’s imperative that businesses operating in the cryptocurrency sector select a blockchain whose multifunctionality, adaptability, scalability, security and community support match their requirements.

Like any startup, we devoted significant time to evaluate the options and, after extensive research and testing, settled upon Hyperledger Sawtooth as our blockchain framework and starting point. The key advantages of the platform were parallel transaction execution, private network support with permissioning features, pub-sub events system, modularity, and pluggable consensus algorithms. In addition, Hyperledger allowed for flexibility in language choice during the development process.

Having chosen the platform, our dev team worked hard on developing the Remme ecosystem. To support our tech community so that they could easily embed Remme PKI(d) Protocol into their projects, we developed programming libraries to wrap its application programming interface. We developed our custom consensus algorithm, released JavaScript, .NET and Java libraries and Remme Block Explorer to allow our dev community to view information about blocks and transactions on the Remme blockchain.

As we geared up for the launch of our mainnet, we intended to introduce a testing playground for masternode owners, developers and future clients, giving them the means to experiment and run tests.

Every journey has its share of obstacles that must be navigated, and it would be fair to say we encountered more than a few along the way. As the date of the first testnet releases loomed, we found ourselves transitioning from a romantic, idealistic phase to a less glamorous one called reality. Being among the very first companies to construct a public blockchain on Sawtooth, we realized that the solutions we had built on top of it were still not ready to face real-world use cases because the platform’s fundamental framework and tools are not ready to handle a multi-million dollar economy out of the box. We dedicated a major portion of our engineering capacity to troubleshooting Sawtooth components, building fixes and workarounds to make it possible to use the solution and operate our network in a public permissionless fashion.

Some examples of the issues we encountered:

Challenges along the way usually are not rare or unique, especially in relation to emerging technologies. We expect this and when problems arose we were always more than willing to tackle them. However, addressing the scale of the points highlighted above was something that we could not have foreseen when we embarked on our original journey. At some point, we took a pause to reflect and reevaluated whether our efforts were guiding us closer to our core goals.

We realized that if we were to continue building on Sawtooth it would require us to direct our energies towards improving the Sawtooth ecosystem itself so it can operate a network our use cases require rather than on our core development (Remme Auth and other PKI(d) apps). Given this reality, we concluded that the best thing would be to explore alternative blockchain options.

Given the situation we found ourselves in, we started to evaluate alternative ways to finish our protocol layer and start building applications. One of the key requirements for us was the maturity of the chain’s ecosystem, with a desire for strong industry experience and support to shorten the learning path and avoid pitfalls. And most critically of all, there must be a proven operational track record.

After thorough consideration, we have settled upon the EOSIO codebase as being the ideal fit for Remme. There are numerous reasons why we have arrived at this conclusion, including the following:

For Remme, forking the EOSIO codebase begins with customizing it for our specific use cases and token economy. With REMChain being built on the EOSIO codebase, it will not depend on the EOS mainnet. So REMChain will remain an independent blockchain fueled by the REM token. Unique consensus features like masternode priorities, holding requirements (to have at least 250K REM) and staking will remain intact on the new chain.

It is important to mention, that with this change we will borrow the best aspects of the EOSIO consensus. From now on, REMChain will inherit the EOSIO DPOS consensus model, which will allow us to significantly reduce the amount of work that needs to be accomplished before launching the mainnet and at the same time achieve relatively the same level of decentralization that our previous consensus would have delivered.

In the following days, we will continue the series of blogs and will describe the differences REMChain is going to introduce compared to EOSIO. In brief, the changes will cover these items:

Choosing to switch blockchains, especially this far into the development process, is a decision that didn’t come easy. We’ve carefully evaluated both scenarios (staying with Sawtooth and forking the EOSIO codebase) as well as timeframes which turned out to be about the same. We are certain that we have made the right decision for the right reasons and have every confidence that this will be borne out in the months to come.

On account of the transition to a new blockchain platform, it will take additional time to set everything up and thoroughly test our implementation. As a consequence, the Remme mainnet is now scheduled to launch in Q4 2019.

We believe that the advantages of moving to a faster and more scalable EOSIO codebase significantly outweigh the short-term time losses that this trade-off entails. Knowing that we will be building upon a codebase that is capable of growing as we grow, and providing ongoing support, is invaluable.

We’d like to extend our thanks to the Remme developer community for all their support, ideas and participation so far. We look forward to having you join us on this next stage of our journey.

Stay tuned for major updates on our consensus algorithm and new blockchain details which will be coming soon. Rest assured, the best is yet to come.