Why 25: Block Producer network on REMChain 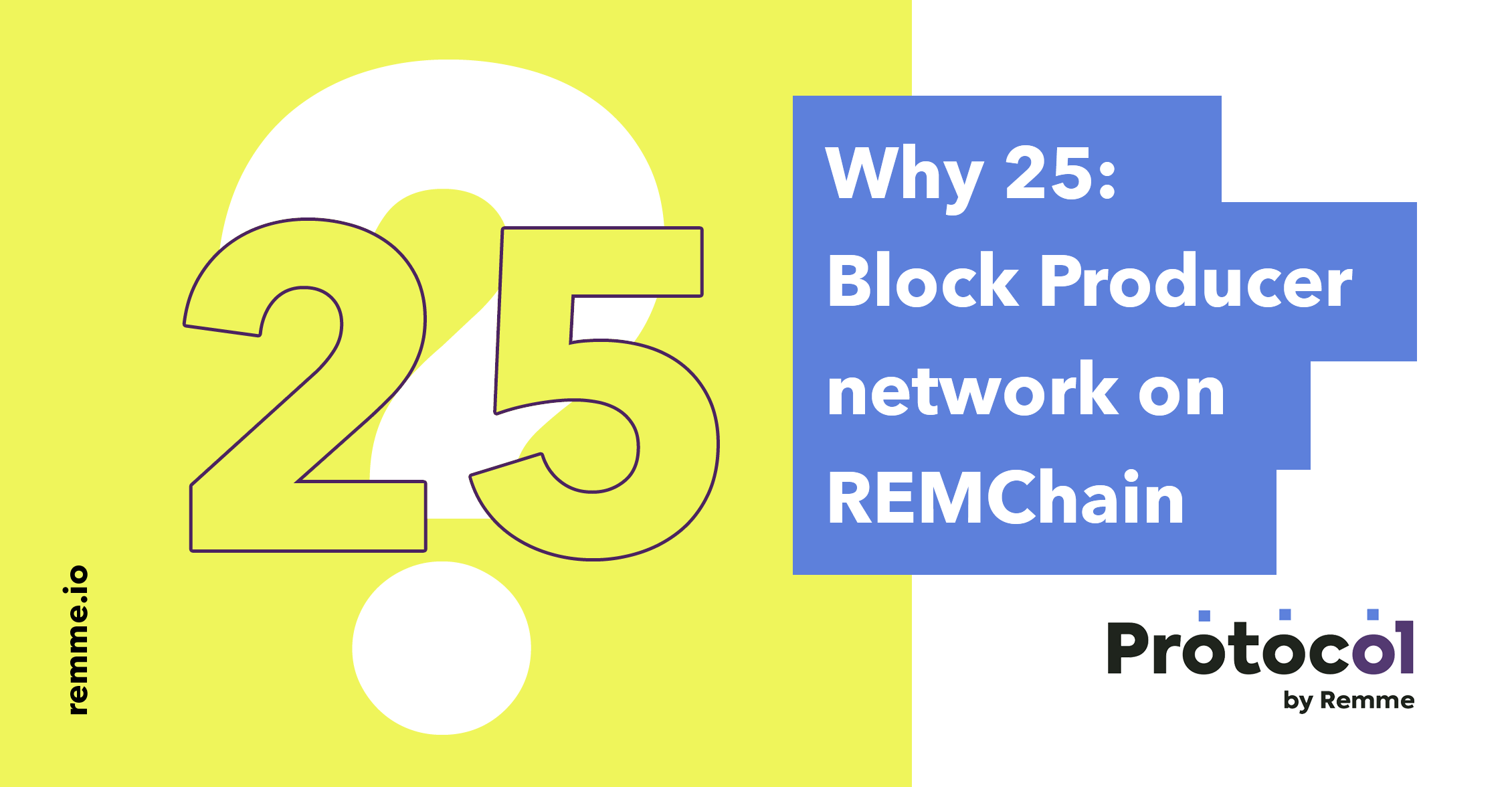 In this article we’ll run through the finer points of how Block Producers (BPs) work with REMChain to achieve consensus on the network.

As you’re aware, REMChain, the first public blockchain, built on top of Protocol, is built upon the EOSIO codebase. With EOSIO, we’ve inherited a robust framework on which to build out the Remme suite of products. Despite sharing many similarities, including the use of 21 Block Producers, there are some distinct differences with REMChain, thanks to customizations we’ve made to EOSIO.

EOSIO uses a Delegated Proof of Stake (DPoS) consensus model in which 21 primary Block Producers are involved in validating transactions and securing the blockchain. The list is stable and gets updated in case any of the BPs needs to be replaced.

In REMChain, we’ve introduced some modifications to the types of BPs to bring more stability to the network and better relate to REM token economy specifics. Just like in EOS, 21 BPs produce blocks in REMChain. The difference is that 20 BPs are stable and engaged into block production all the time, while the 21st BP position is constantly rotating between the top 21-25 on the list.

You can always check out the list of BPs and their ranking in the Remme Block Explorer. According to the position in the ranking, all BPs are grouped in the following way:

The Top 20. Active BPs responsible for producing and continuously adding new blocks to the blockchain. They run a full node and get rewarded proportionally to the number of votes they received from Guardians. Check out our updated reward system for more details on reward sources.

The Top 21-25. Rotating BPs that become Active in shifts every four hours. These BPs must run their node constantly and be ready for producing blocks just like active BPs. Rotating BPs get rewards just like Active BPs proportionally to the number of votes they received from Guardians.

The rest: Standby BPs are not producing blocks at a given moment, but may become Active at some point if receive more votes enough to make it to the Top 25. It’s the task of the operator to keep track of the ranking and be ready to become active when needed.

If a BP misses block production

Any network account is able to call system contract and testify that a BP is missing production and trigger an automatic check. If any of the Top 25 BPs misses blocks and has not produced any block within the last 30 minutes, its BP role gets deactivated and removed from the ratings for a month.

This ensures the network operates smoothly by minimizing the number of blocks missed by punishing producers that have proven to be unreliable.

If a BP needs to temporarily suspend production or prevent from being assigned an Active status, it needs to call unregprod action. This will prevent the BP account from being punished. Once the BP operator is ready to produce blocks again, it should call regproducer action. This approach will keep the votes cast by the Guardians.

In a nutshell, that’s the difference between how BPs operate on REMChain compared to the default EOSIO behavior. We’re confident that the modifications we’ve made will result in a network that is fair, transparent, and robust, with additional checks and balances built in to optimize REMChain’s performance and durability.

We invite all tech-savvy individuals/organizations to join REMChain as a Block Producer! Contribute to the stability of the network and its growth, get voted in, run a node and get rewards.