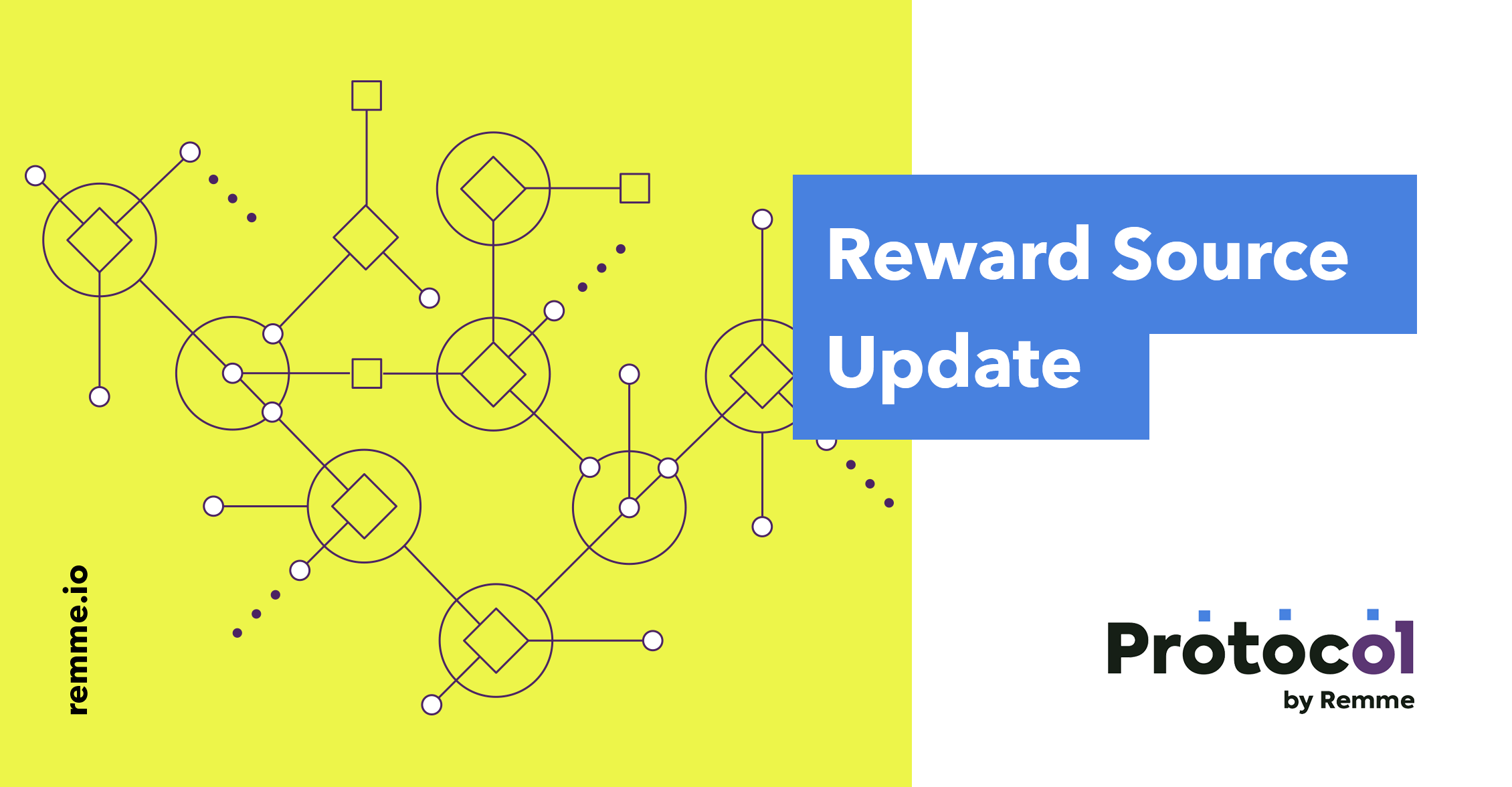 In striving to make the REMChain mainnet launch as efficient as possible, we’ve introduced improvements to the reward system during our last AMA session on November 28, 2019. Here’s everything you need to know about the reward source update at a glance. Since we want to provide all network participants with fair rewards for their commitment and work, we’ve introduced some improvements.

First, here’s a quick recap of the REMChain reward sources shared before.

Reward source. Initially, the rewards were to be generated solely by the paid services delivered by the network to its users via the Auth app and Token swap service. Later on, there will be more PKI dApps joining the REMChain ecosystem.

Reward amount. The amount of rewards that Block Producers (BPs) or Guardians would receive is not fixed and fully depends on the amount of paid services rendered within a specific period of time.

Reward distribution. Overall, the rewards are divided among the accounts as follows: 60% among all Guardians, 30% among the top 25 BPs and 10% go to the Remme Savings account.

After reviewing the reward program, we’ve come up with an initiative to give the network an additional boost.

Reward source. We’ve created a Reward Incentive Fund in order to stimulate and support network operation during the first year. Its annual budget of 30M REM was allocated from our Remme Reserve.

Due to the Incentive Fund operation, the final reward amount will comprise:

Reward amount. The Fund will be set to distribute ~57 REM per minute (2.5M REM per month) throughout the whole year to provide a sustainable reward source for all BPs and Guardians.

We’re confident this dual reward system will incentivize REMChain Guardians and Block Producers to get involved from day one, and to be fairly rewarded for their efforts as the network grows.