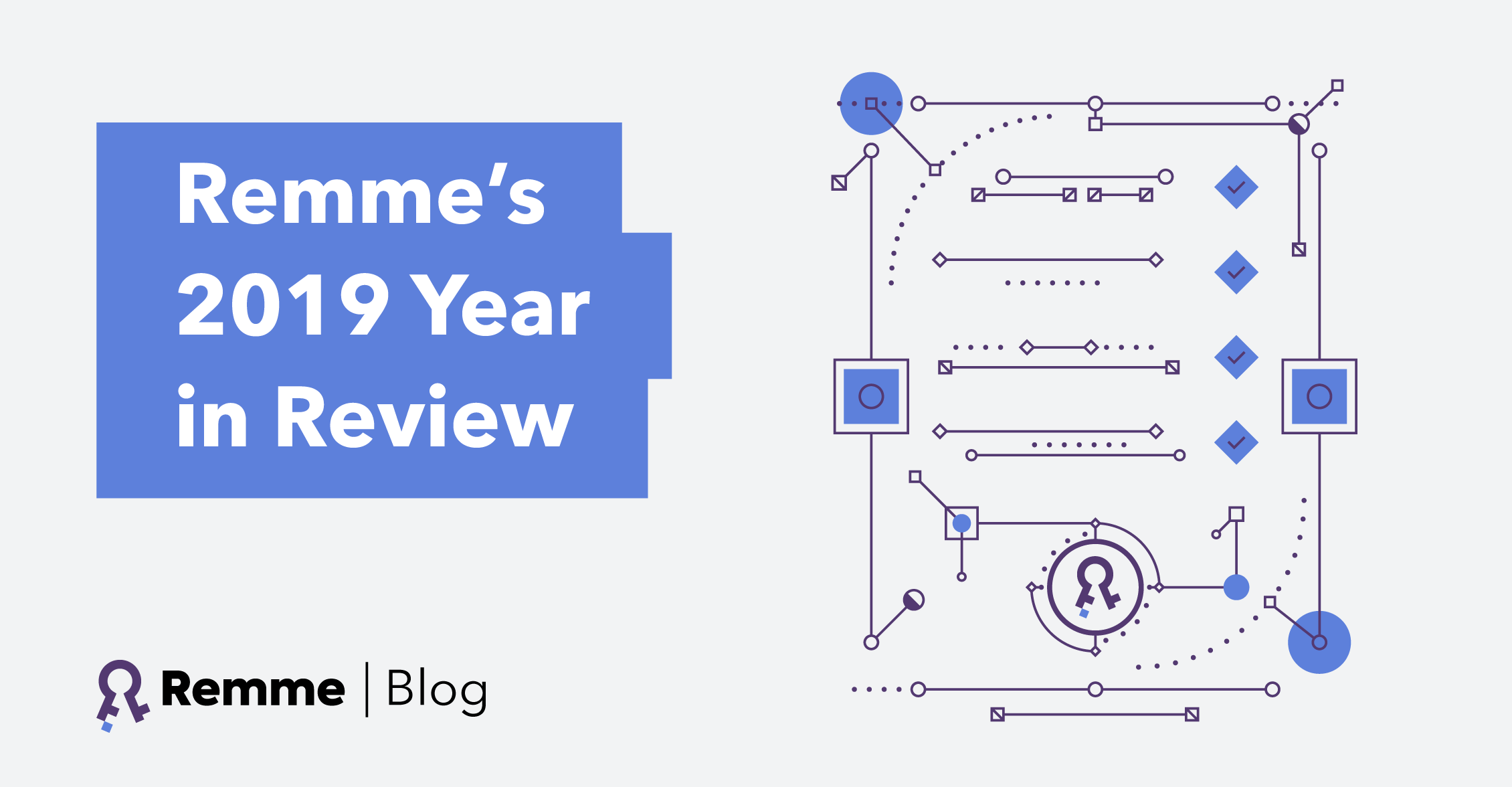 With the passing of another year, it’s the perfect time to reflect upon 12 months of hard work and heartening successes. Not that we’re downing tools and sipping eggnog by the fire just yet. On the contrary, it’s been an incredibly busy period with the long-anticipated launch of the REMChain mainnet occuring on December 17, commencing Block Producer (BP) and Guardian roles for selected REM token-holders. In the wake of this achievement, let’s cast our gaze back over the year and consider some highlights.

The move to EOSIO

Back in June, we migrated from Hyperledger Sawtooth to the EOSIO blockchain. It was not a decision we took lightly, especially since we had already dedicated significant resources to troubleshooting various Sawtooth components and building workarounds. Although this decision pushed back the mainnet launch until Q4, ultimately it was what the Remme ecosystem needed to move forward. The specifications of the blockchain made it a logical choice: unlike Sawtooth, EOSIO was designed to scale, and is capable of processing thousands of transactions per second. Moreover, it offered multiple useful tools such as block explorers, mobile frameworks for developers and client libraries.

In August, and then again in November, REMChain testnets went live, enabling us to stress-test features and get ready for the eventual mainnet operation. Needless to say, we were grateful to all community members for their participation and feedback. Testnet 2.0 was a major breakthrough, with the reward distribution for Block Producers and Guardians updated, an improved block explorer and the introduction of five rotating producers who become active in four-hour shifts. This was the moment the mainnet came into clear focus.

To bring you right up to date, we must return to the REMChain mainnet release which has all of us excited. If you would like to participate, we invite you to become a REMChain Block Producer. You can also create a Guardian account to vote for Block Producers and receive staking rewards in the form of REM tokens: all the details can be found here.

Over the course of the year, the suite of Identity and Access Management (IAM) products which defined the Remme ecosystem dramatically evolved, and we took several steps towards our ultimate goal – which is to unite Auth and Keyhub into a unified platform, with the Remme Protocol functioning as an underlying decentralized layer upon which users can create, store and manage human and machine identities. Until that goal is eventually reached, the focus will be on improving Auth’s ability to manage human IDs, Keyhub’s capacity to manage machine IDs, and refining our next-gen PKI Protocol in whichever way we can.

Speaking of which, nothing that happened in 2019 dented our belief that IAM will be transformed by blockchain, whose built-in transparency, censorship resistance and widespread availability via a distributed network of nodes promises to address many of the flaws in existing PKI solutions. Not least the need to trust multiple certification centers and the fact that CAs can issue certificates for a domain against the owner’s will. By utilizing blockchain tech, Remme’s PKI is well placed to capitalize on an IAM market which is expected to exceed $24 billion by 2025.

A milestone was reached in May, when Keyhub 1.0 was released. The full release followed on the heels of the beta’s unveiling at the Gartner Identity & Access Management Summit in London, and it was great to publicize all the improvements that had been made. Not least the Internal Network Discovery function and enhanced inventory features. Keyhub allows businesses to scan their networks to detect all certificates, known and unknown, and manage them from a single dashboard. Incidentally, Keyhub was a topic of discussion when our team attended this year’s Interop Tokyo, an annual event for the IT industry. You can try our certificate management product for yourself right here.

Ecosystems are only as strong as the partnership they forge. With this in mind, we teamed up with Customer Identity Management firm Ubisecure in May, with the goal of bringing creative, blockchain-based identity solutions to fruition. And the link-up proved fruitful in next to no time, as we collaborated on a Proof of Concept  involving a major Fortune 100 company keen to bridge identity standards to DLT for blockchain-based IAM services.

It was the same story in September, when we announced a channel partnership with PKI Solutions. The joint ambition is to advance the development and awareness of Public Key Infrastructure (PKI), by providing products and services to enterprises concerned with public key encryption and management.

New CTO jumps on board

It’s always nice to welcome some new blood, and the July appointment of our new Chief Technology Officer Roman Cherednik was certainly a cause for celebration. Roman joined us from crypto trading platform Kuna Exchange and brought an enviable wealth of experience and nous to Remme, for which we couldn’t be more thankful. He also sounded all the right notes when he said that Remme solutions would “set a new security benchmark and protect many companies across all sectors in the coming years.” Amen.

Suffice to say, it’s been a crazy year – crazy but highly productive. In 2020, we expect things to click up another gear as we set about onboarding businesses to the Remme ecosystem. For now, we wish to offer our sincere thanks to our community. We hope we can count on your continued support as we pour our efforts into Auth, work on enhancing the Protocol and put all hands to the pumps to further refine Keyhub and REMChain. We’re already keeping a lid on the first big piece of news, which we’ll reveal soon. Keep your eyes peeled.