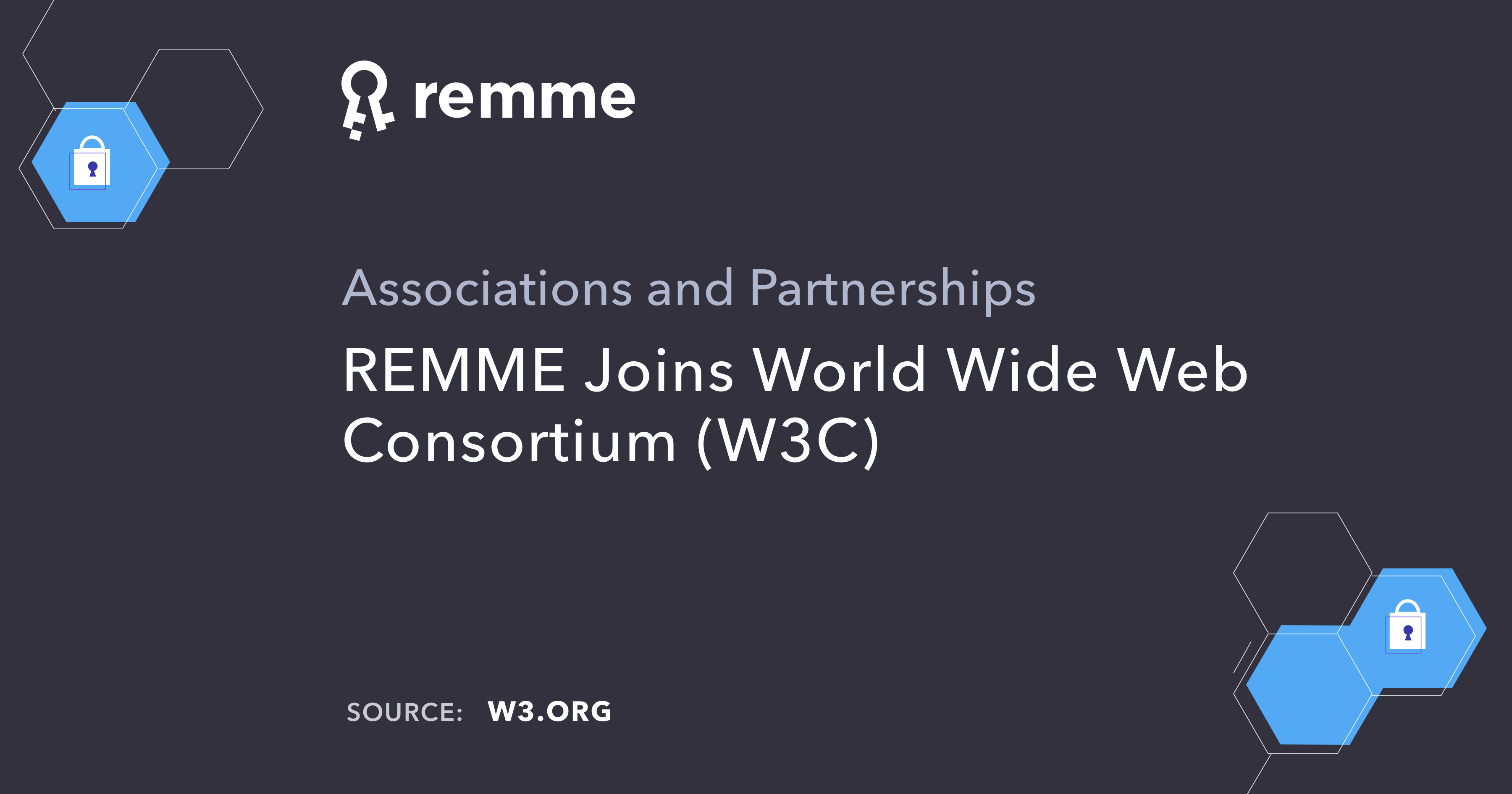 At Remme, we’re committed to improving the interoperability of systems. Making it easier for people and technologies to work together is a big part of what we do, whether it’s striving for cross-blockchain compatibility or endeavoring to unite the blockchain and cybersecurity industries through our native PKI (d) solution. We’re therefore delighted to announce that REMME has joined the World Wide Web Consortium (W3C). Our membership of the organization, whose director Tim Berners-Lee is credited as the inventor of the web, is very much in keeping with the principles and motivations that guide us.

Established in 1994 with support from the Massachusetts Institute of Technology, the Institut National de Recherche en Informatique et en Automatique (INRIA) in Europe, DARPA, and the European Commission, W3C oversees the development of common web protocols. One of the first areas where we see an application for our expertise is with the Web Authentication Working Group. Under the leadership of Google, PayPal, Mozilla, Microsoft, and Qualcomm, this W3C group is focused on enhancing Web Authentication open standards.

Enhancing the security of the authentication process by removing password-based authentication is at the core of our mission. We are therefore optimistic of being able to meaningfully contribute to the work being undertaken by this group, and to be of service to W3C and ultimately to everyone who relies on the internet to go about their daily business, which is all of us.

While introducing enterprises to Remme’s PKI-based solution is our primary objective, in a broader context our work is about leveraging blockchain-based technologies to make the web a better place for everyone. We’re proud to become a W3C member, and to play our part in improving Web Authentication open standards. A more secure internet is one in which every participant, big or small, enterprise or consumer, stands to prosper.