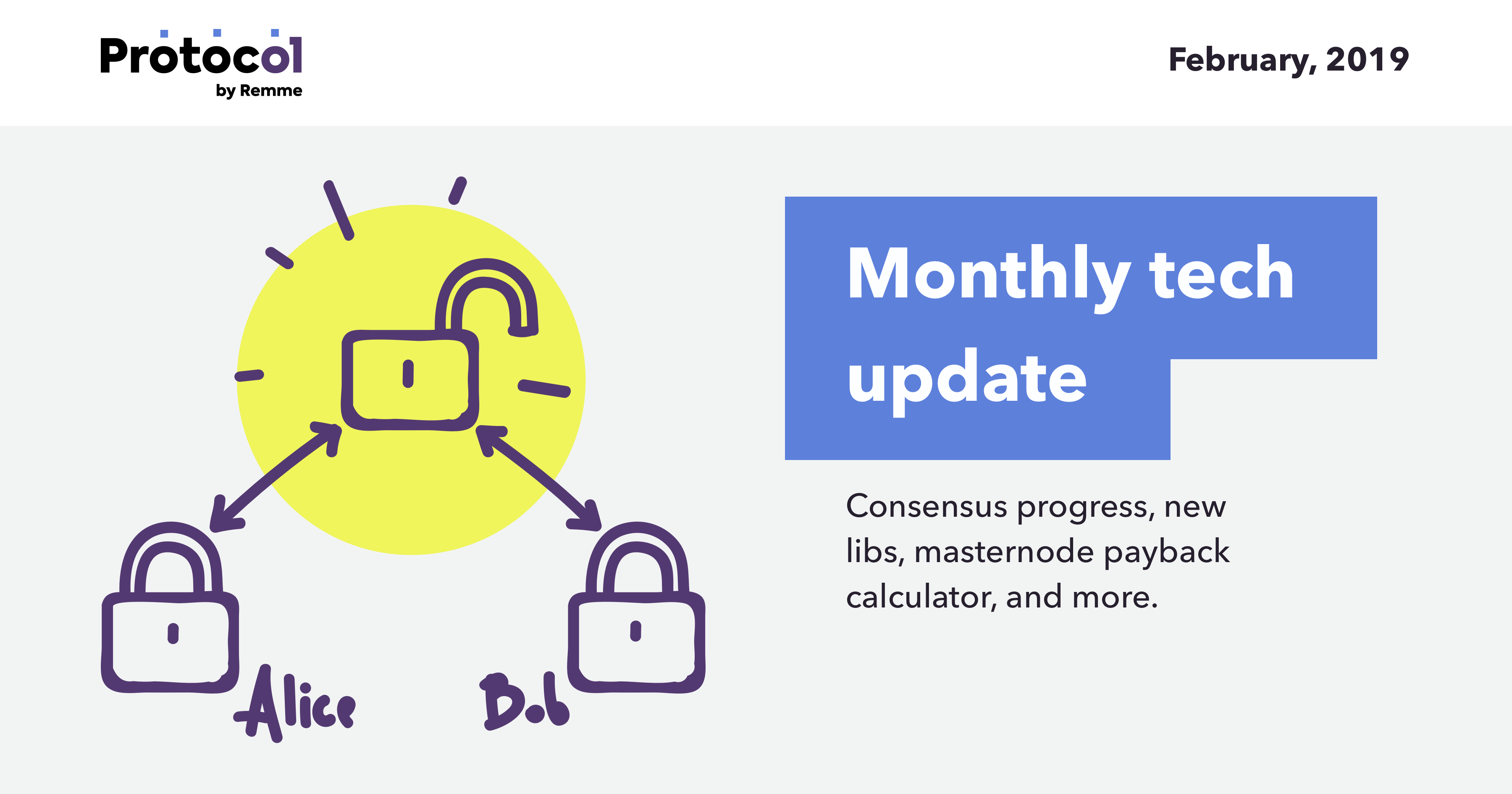 Since the beginning of the year, we’ve been taking the final steps to enable the full-fledged testnet launch. We’ve worked on the development of our Proof-of-Service consensus, test node synchronization, voting mechanism implementation, and troubleshooting of transaction processing. We’ve also expanded our protocol with new libraries and introduced the ability for third parties to pay for certificates issued to users.

Here’s a quick summary of our major updates during this period.

The consensus at the moment is capable of synchronizing blocks between nodes that are included in the network and voting for these blocks. Here’s how it works:

We use Kubernetes for testing, which is enough to create a local cluster of two masternodes. But the performance of the local machine allows you to test no more than 2–3 nodes; the rest needs to be done in the cloud.

We have developed a mechanism for storing and exchanging votes between masternodes. Now they can vote for blocks. To do this, we use the protobuf framework, which works like a model in which you can enter data and send to other nodes. There is functionality for counting and informing all participants about the voting process and its results.

We have improved transaction processing performance by reducing the number of database requests. The same types of transactions are saved in cash, which allows you to increase the throughput of the nodes and consequently speeds up the exchange of data in the network. The capacity of the protocol to process transactions has increased by 2.5x.

Paying for other key implementations

Any service that wants to integrate with the blockchain can allow its users to conduct transactions through this service, which will pay for them, and they will store their keys in the system for free or pay for them in fiat currency, depending on the business model.

We made a calculator for masternodes, where you can enter the initial values (balance, how much money will be on the masternode account, how will the money be withdrawn) and calculate the rate of return on investment.

We are happy that Hyperledger Sawtooth has presented framework release 1.1 that contains a consensus engine and more mature Rust SDK. This is important for us due to the fact that we are at the stage of active implementation of our consensus.

Stay tuned and follow discussions in Gitter — spring promises to bring a lot of fruitful news for the tech community.