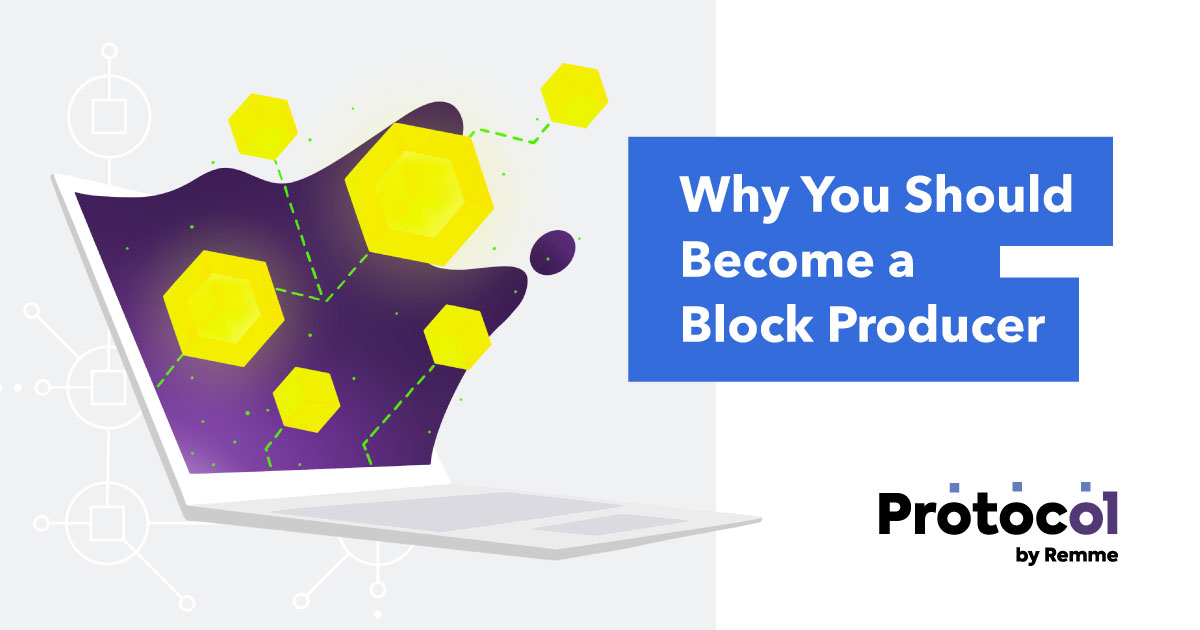 The time is fast approaching for the mainnet launch of REMChain. While we’re playing with the testnet to make the mainnet launch as smooth as possible, we’ve decided to explain why it’s a good idea to join us as a Block Producer, a Guardian or both.

Remme is an ecosystem of Identity and Access Management products with a digital key at its heart. We’re building a 360º Identity Management platform with the next-gen PKI Protocol as the foundational layer to create decentralized IDs and their digital keys.

Remme Protocol can be applied for a number of use cases spinning from user and smart device authentication to digital key management, domain validation, email signing and encryption, and code signing. All these cases become possible with the Protocol’s blockchain layer hosting identity information with attributes. The apps we’re building on top of the Protocol are 1) Auth, designed to manage human digital IDs and 2) Keyhub, for the management of machine digital IDs.

With the Auth and Keyhub products built on top of the Remme Protocol software and REMChain economy, enterprises as well as regular users will be able to create key-based identities on the blockchain.

Compared with EOS, there is no inflation of the token – the rewards come from the paid services delivered by the network to its users. As a result, there is no fixed amount of rewards the BP will receive in a given period as it fully depends on the amount of paid services rendered to the users within that period. In the beginning, the network will start with two apps generating the rewards: Auth and Token swap. Later on, there will be more PKI apps joining the REMChain ecosystem, including Keyhub.

30% of the block reward is divided among the top 25 BPs. The reward proportion (the tranche BPs receive for their service) will depend on the votes they get from the token holders. Overall, the rewards are divided between the accounts in the following proportions.

When joining REMChain, consider the role you might want to take in the network operation:

Block Producers (BPs) are independent and economically incentivized validating nodes that guarantee REMChain decentralization and distribution. Any account can register as a Block Producer via the system contract. There are different groups of Block Producers depending on the number of votes they receive:

The Top 20: Active BPs are responsible for producing and continuously adding new blocks to the blockchain.

The Top 21-25: BPs become Active to produce blocks in shifts and rotate every six hours. (There is always a maximum of 21 Active BPs at any given moment).

The rest: Standby BPs not producing blocks at any given moment, but may become Active at some point.

Guardians play a key role in the Protocol governance process by delegating this responsibility (via voting) to the Block Producers. Guardians earn full and liquid rewards from the start, and they do not need to operate a full node. Staking, voting and claiming rewards can be done via a light client.

In Remme Protocol, there are specific criteria that need to be met by an account to get Guardian status and participate in stake reward distribution:

Existing REM token-holders, as well as interested parties who wish to get involved, are invited to join the network. At this point, go check out our testnet to get a grasp of what we’re working on. The latest testnet version allows users to test token transfer, stake/unstake resources, vote for a Block Producer, and perform a token swap. On the testnet, you become a BP by registering your account via a system smart contract. You can vote for someone or yourself, set up your node as a full node and prepare it for block production. All the transactions that occur on the blockchain and the information about all the accounts are visible on the block explorer.