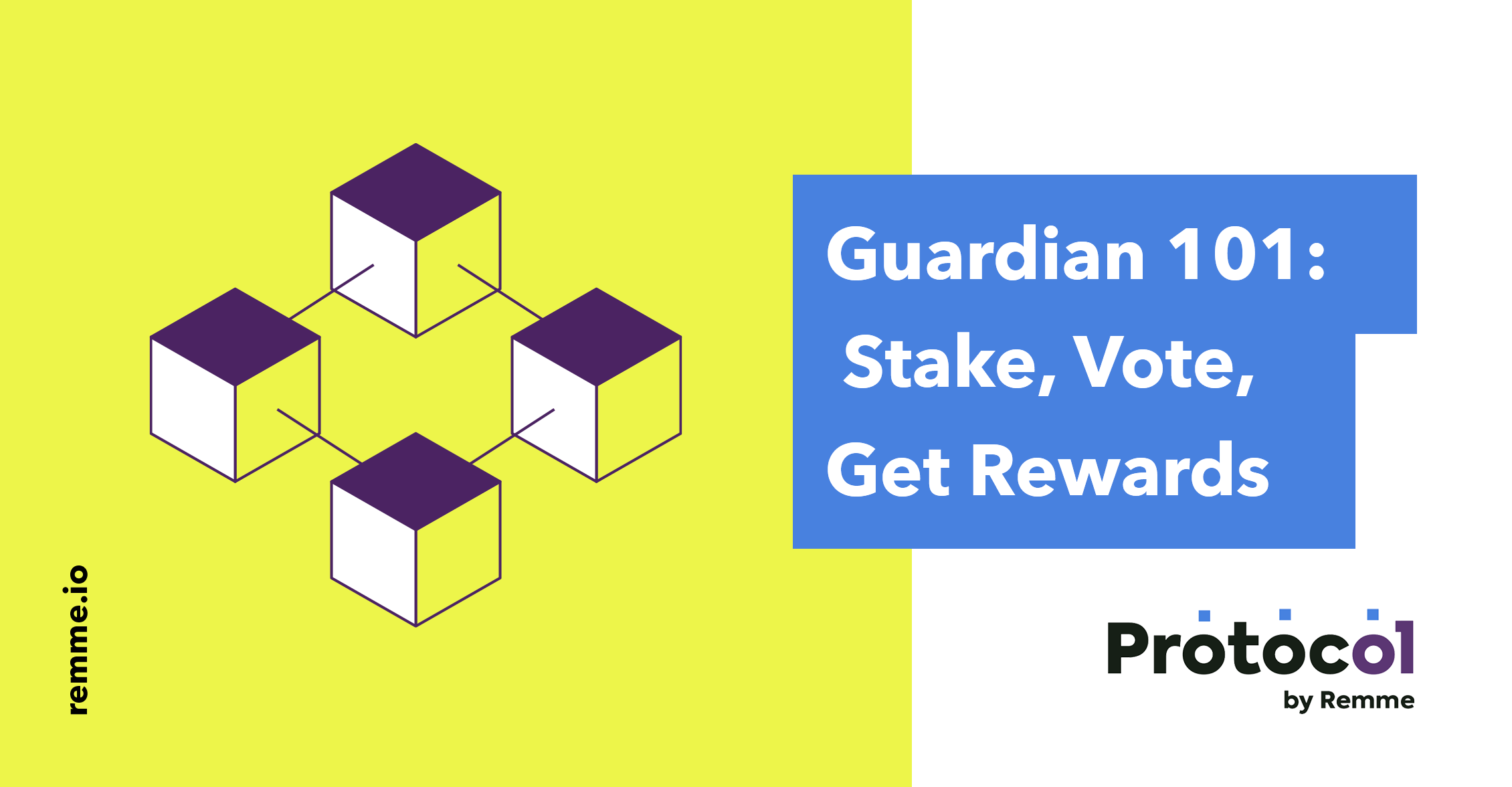 Guardians play a crucial role in REMChain operation. They are in charge of electing the most credible and professional candidates to produce blocks. If you choose to take up this responsibility and become a REMChain Guardian, this 101 guide will come in handy.

According to the Delegated Proof of Stake (DPOS) consensus model, those who hold the status of a Guardian are actively involved in REMChain governance. They delegate their will to trusted Block Producers (BPs) through a continuous voting mechanism. Guardians earn full and liquid rewards from the very start. We’ve recently updated the reward sources and introduced a dual system to stimulate network growth during the first year of operation. Below is a brief description. Check out our recent blog post to find out more about the reward sources and distribution.

60% of the paid services delivered by the network to its users is shared among all Guardians proportionally to their own stake.

Around 0.3% on staked REM per month stimulated by the Remme Incentive Fund during the first year.

In Protocol, there are specific criteria that need to be met by an account to attain Guardian status:

To participate in stake reward distribution, a Guardian needs to keep their status by:

Should a Guardian fail to vote for over a month:

If you decide to unstake tokens, you can do so after the lock period of the first six months is over.

Staked tokens will be gradually released over a period of six months on a daily basis. We’ve designed this approach to secure the network from speculative behavior among Guardians and BPs.

For example, you start unstaking 300M REM. After two months you decide to stake tokens again. 200M tokens left pending release get unlocked and staked again. If you decide to additionally stake the tokens that were previously released, the entire stake would get locked again for six months as described in the staking procedure.

Becoming a Guardian is simple and hassle-free. You neither need to operate a node nor own any hardware. Stake, vote and claim rewards via our Block Explorer website.

1. Set up a Scatter light client and generate a key pair in order to interact with the REMChain network.

3. Indicate the amount of REM that you want to swap.

5. Login to Remme Block Explorer with Scatter and vote for a trusted BP.

Get prepared – the mainnet launches on December, 17th! In the meantime, you can go play on the testnet to get a feel for what will be expected of you on the mainnet.