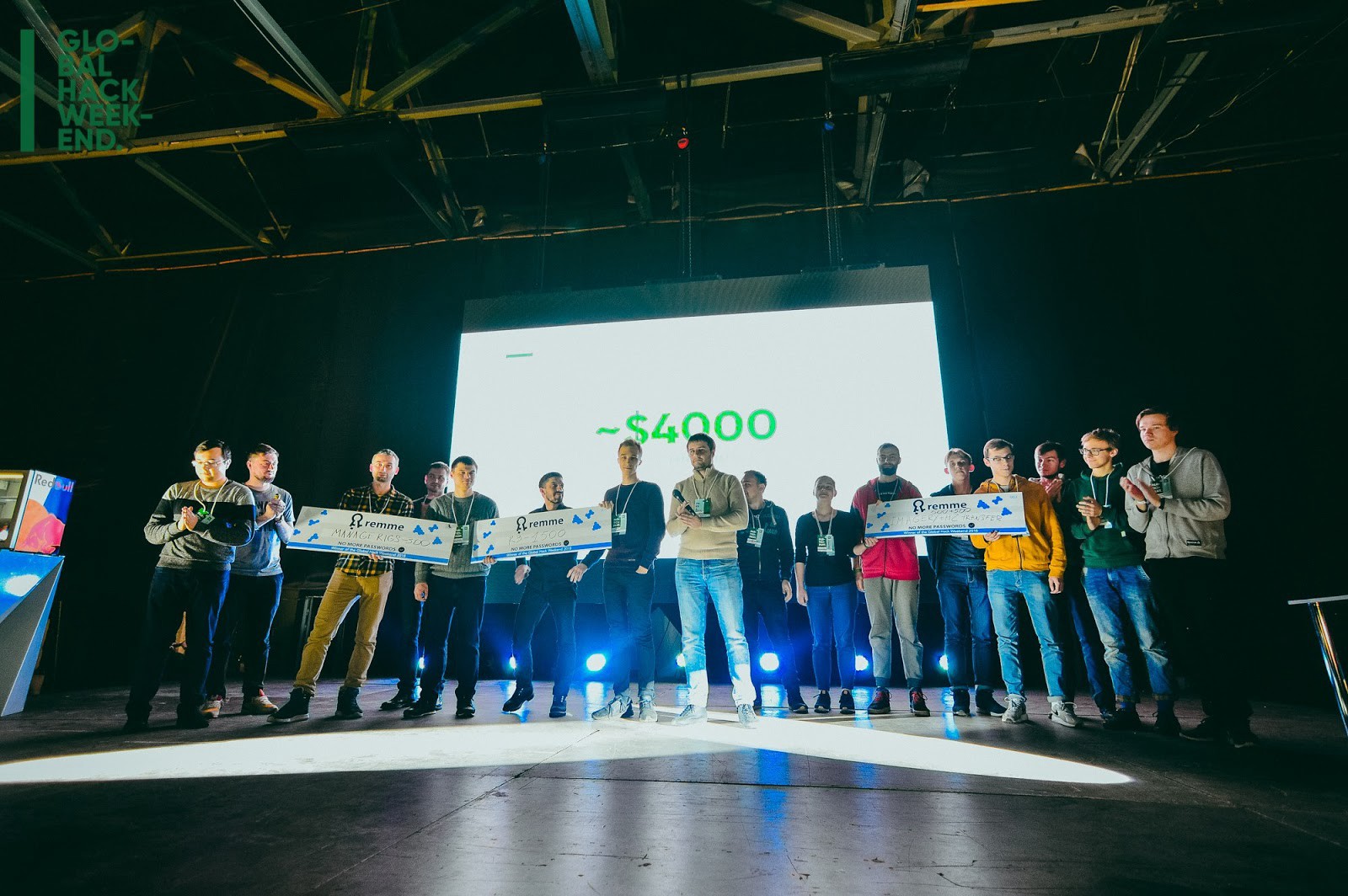 Global Hack Weekend, the largest hackathon in Eastern Europe, gathered around 1,000 participants with 100 project ideas. Fintech innovations had a special focus at the event because the main sponsors were Mastercard and Privatbank, the largest state-owned Ukrainian bank. Also, particular attention was paid to the entertainment industry, enabling hackathon participants to enjoy prototypes of mobile games and VR duels on virtual magic wands from the Harry Potter world.

In the event, there were four hackathon teams that identified novel means of using the REMME Distributed Public Key Infrastructure (PKI d) protocol. One of the teams used REMME as copyright protection. This is a very interesting case that confirms that the capabilities of the protocol are much broader than ensuring the transparency and reliability of authentication and data transmission.

Timestamping via blockchain for protecting and confirming copyright

The Imagery is a tool to protect images and photos from being stolen or resold. It helps to register digital copyright and authorship with blockchain. The service monitors the web using AI and tracks cases of violations. The project aims to provide support with creative claims and legal help to protect the owner’s rights. The concept’s first adopters and partners should be image banks and related resources for photo processing. In addition to REMME, the team that devised the concept used the following technologies: NEM, Ethereum, Solidity, Google AI Services, Node.js, Vue.js, and MongoDB.

How REMME was used: You upload your photo to the website that helps you to sign it with a REMME certificate and store its hash on REMChain with a timestamp. In the case of an intellectual property legal dispute, that record can provide an additional argument for protecting your ownership claim.

ManagerRigs have created an application that increases income from mining. Income is guaranteed to be higher than that predicted by whattomine.com, the largest independent online calculator of profitability. The team developed methods to increase profits from mining including the creation of a client application and a customer portal providing complete statistics on equipment revenue and operation. A server part and admin panel were also devised for simple system management.

How REMME was used: The team used a special OAuth server to provide secure authentication to service users. This was the second successful adoption of the OAuth standard with the REMME protocol, after the use case for a mobile app proposed at the previous hackathon.

How REMME was used: Each user passes registration and gets a REMME certificate that plays the role of the identifier and the key to encrypt files that were transferred to one user to another. In the project, REMME played a crucial role in providing the main means by which users could trust that kind of data exchange.

Finally, the winner of REMME challenge at the Global Hack Weekend was the R3 team that worked on the implementation of biometric data in REMME certificates at the previous hackathon.

The task was to find out the way how REMME digital certificates can confirm ownership of the domain. The idea was to propose the person who asks such confirmation to store the specific file on the server that will show that he has a required level of access. It wasn’t a simple assignment because the confirmation should be gotten in a decentralized way through some consensus decision.

How REMME was used: Let’s imagine that John has a user’s server and he wants to bind a certificate to it. We use REMChain to generate a certificate, specify the DNS from the user’s server, specify the public key of the certificate, and REMChain then returns the transaction ID. This transaction ID will be the file that John will need to upload to the user server. In this case, we do not need to choose a file name by consensus. If the attacker sends a request, they will receive other hashes which the actual user did not place on the server.

After that, a server ownership verification transaction is generated on the blockchain. This transaction means asking the validator nodes to validate your DNS. Nodes send requests to the server and check if there is a file there. This process was designed with the principle that it is better not to store the correct transaction than to store the wrong one. After a transaction has been validated, all signatures are collected and a new transaction is created in which there is a solution determining success or failure.

Participation in hackathons for REMME is an important activity for obtaining feedback on our development process. We get a chance to see how teams follow our advice and integrate the protocol as a tool for authentication. We also observe that developers who are already somewhat familiar with our protocol are able to go beyond our vision and look for new, innovative applications for REMChain.

We pay special attention to those teams that have actually become part of our technical community and continue to work with REMME from hackathon to hackathon. It is these teams that can help not only to find new ways to apply certificates but also to give important feedback on improving REMME Core and other crucial components of our solution.

Thank you for being with us! Stay tuned and join our Tech community!