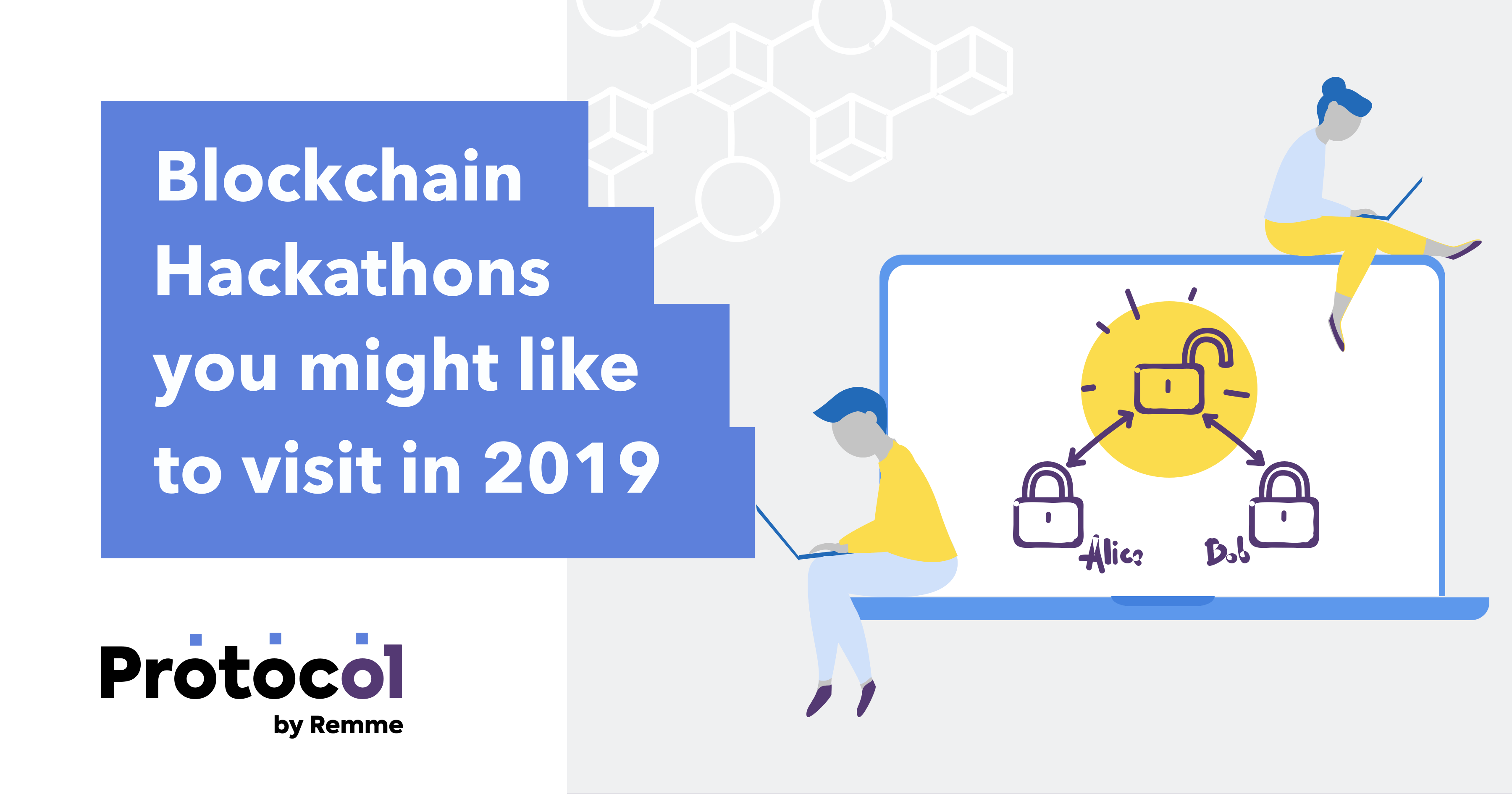 At Remme, we know a thing or two about participating in and overseeing hackathons. In fact our very first event, back in 2017, saw us earn first place at Microsoft’s Blockchain Intensive with a pioneering traffic collision awareness and reporting system based on core Remme authentication technology, IPFS protocol and the Ethereum blockchain.

Last year, we also went out of our way to mentor teams at the BlockchainUA Hackathon and Global Hack Weekend in Kiev. We tasked the teams with brainstorming ideas related to our open source Protocol and received some really inspiring concepts. Needless to say, we love a good hackathon.

So if you’re a crypto developer team armed with some ideas, we urge you to build them at one of the following get-togethers. You don’t have to be a world-renowned blockchain expert to craft a solution or voice a concept. On the contrary, these exciting events bring together all manner of free thinkers, imagineers, worker bees, developers, sponsors, partners, peers, mentors and startups.

So what are you waiting for? Fire up your laptop and sign up for one of these upcoming hackathons. They’re a great opportunity to meet like-minded professionals, brainstorm ideas, ask questions and explore the many possibilities blockchain technologies afford to solve long-standing challenges.

#SBHACK19 is going down this June. Expect to mingle with over 200 hackers not to mention startups, global corporate and academic partners. The format will be familiar – clever individuals put their heads together to solve pressing business and research problems before presenting prototypes to a panel of judges – but the question is, will you make an impression? Seven topics will be discussed, so there truly is something for everyone. Winners of each category will get the chance to become an incubator in the CV Labs Incubation Program worth over CHF 125,000, while other prizes include crypto bags and Amazon Cloud Computing credit.

In collaboration with Miami's cryptocurrency and blockchain groups, BlokTech presents the inaugural Miami Blockchain Hackathon – the official opening ceremony for the 2019 Mining Disrupt Conference. If you consider decentralization and greater transparency good ideas, you’ll want to get yourself a ticket. Step inside, away from the baking Miami heat, and take your best shot at creating a socially conscious app or eco-friendly program relating to cryptocurrency mining within 24 hours. While the big prize is yet to be announced, winners can look forward to drinks on the house at the brewery afterparty.

One of the largest and most renowned hackathons takes place in Zurich in September. Better still, #HackZurich won’t cost you a dime. Founded in 2014 as part of the Digital Festival, Hack Zurich hosts around 550 international participants culled from 4,500 applications, each eager to work through highly innovative prototypes for web, mobile and desktop applications. In recent years, over 600 prototypes have been developed, so if you’ve got an idea, the time to speak is now.

The Blockchain Center of Excellence at the University of Arkansas’ Sam M. Walton College of Business is the organiser of an annual hackathon that presents a great opportunity for individuals to tinker on problems supplied directly from a network of partners and sponsors. If you have a novel idea for using blockchain technologies to solve real-world problems, this is the event for you. Last year, IBM, Amazon Web Services and Microsoft were among the sponsors, so that should give a good indication of the prestige of the event.

ETHGlobal leverage years of industry experience to foster a world-class ecosystem of Ethereum developers and entrepreneurs, and as such, you can expect plenty of sage advice to be dispensed at their hackathons. Hackathons are regular events for this hard-working team: there are no less than three set to occur before the end of 2019. First up is ETHIndia II, Asia’s biggest Ethereum hackathon, in early August; then it’s on to ETHBoston in September before closing out with ETHWaterloo II in Ontario, during October. Choose a location that suits and get along to strut your stuff. With renewed interest in Ethereum, and more building going on than ever before, there’s never been a better time to get involved.

‍
So, there are a whole bunch of excellent hackathons on the agenda which it is your duty to attend. OK, attending all might be difficult unless you’re an international jet-setter who loves nothing more than crisscrossing the globe to discuss blockchain (and if you are, we envy you). But there’s plenty in the calendar to get excited about. Remember to check us out and acquaint yourself with the Protocol. Trust us, you won’t regret it.